New settings can be found in VCP for advanced path generation, which can increase the quality of courses generated on thin, closed parts, or parts with small radii. Users can set values for [criteria] such as tolerance for boundary crossing distances, minimum knot spacing, ply angle adjusting during path propagation, and more.

Along with current Rosettes, advanced rosette systems can be used to define different rosette configurations for different sections of the part, called Rosette Zones. During course generation, VCP will pick the closest rosette zone and use this configuration to find the rosette direction for the path.

Form Offset is a new linking algorithm which searches for a more direct path between two courses while maintaining a constant form offset distance, which can be set in “Retract Distance.”

This helps users generate a detailed finite element shell model of a laminate’s layers. With the locations of a set of element nodes, the software can assign each ply’s material to those nodes and specify the fiber direction at each node. 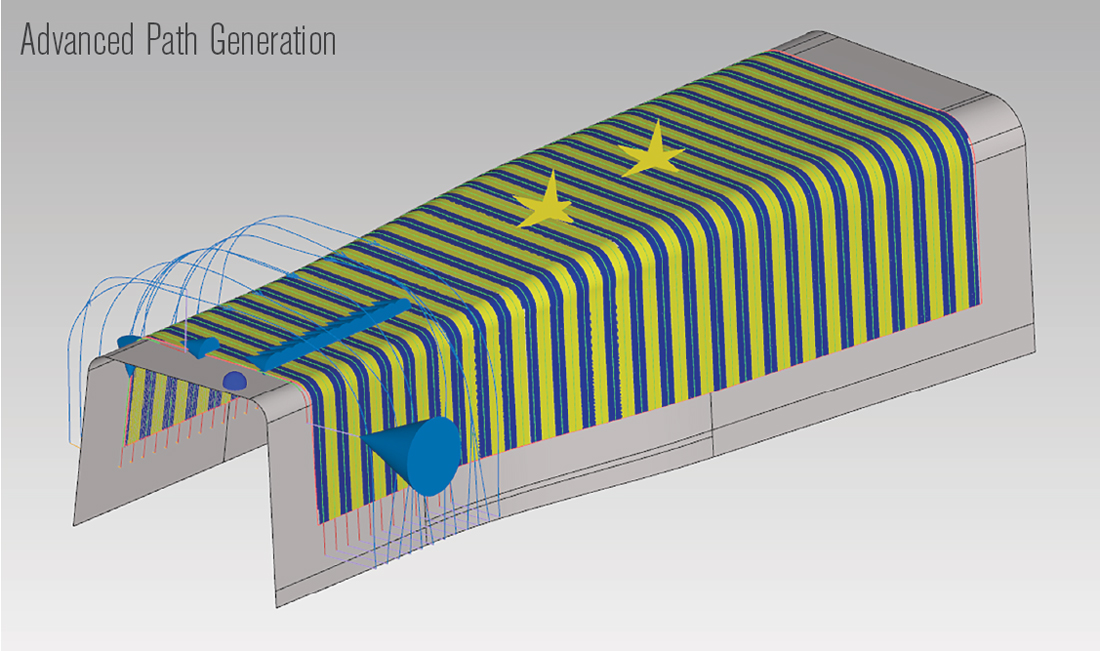 VERICUT now supports a Dark Mode color theme for users that prefer darker colors for easing eye strain. Users can also define which columns show in the window by default in their settings.

Users can now import new surfaces into an existing Laminate from CAD data.

Checking the View Clearance box turns on a graphical representation of the clearance area when plane or cylinder are selected. Adjusting the settings in Axis System Settings will instantly update the clearance area in the graphics window.